It's been a while since I've posted some subway shots, so here goes.  These are from my commute to work on the B train...I go in a little later in the morning so it's not as crowded--makes for a better shot. There's always a new advertising campaign plastered all over the subway cars and I've been trying to use the advertisements and signs in the background if they are interesting. 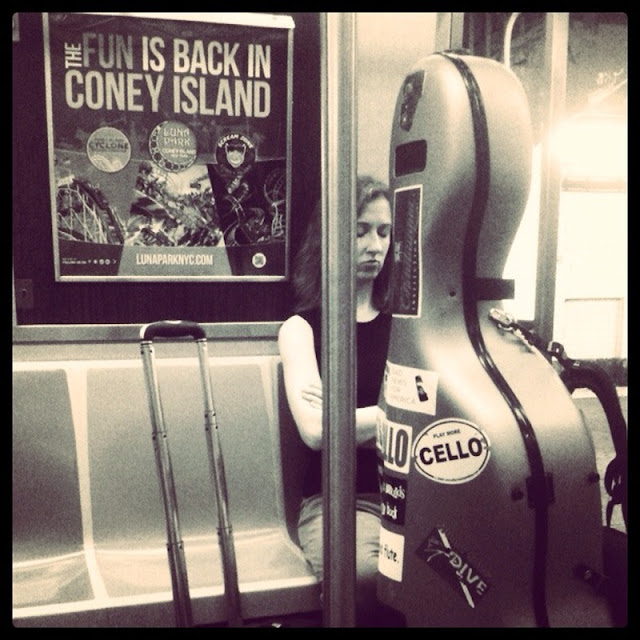 {taken with vint bw; processed with instagram}
On the other hand, this woman does look like she may be thinking..."How many commutes until retirement?"

{taken with vint bw}
No signs on the next two, just shots that caught my eye. 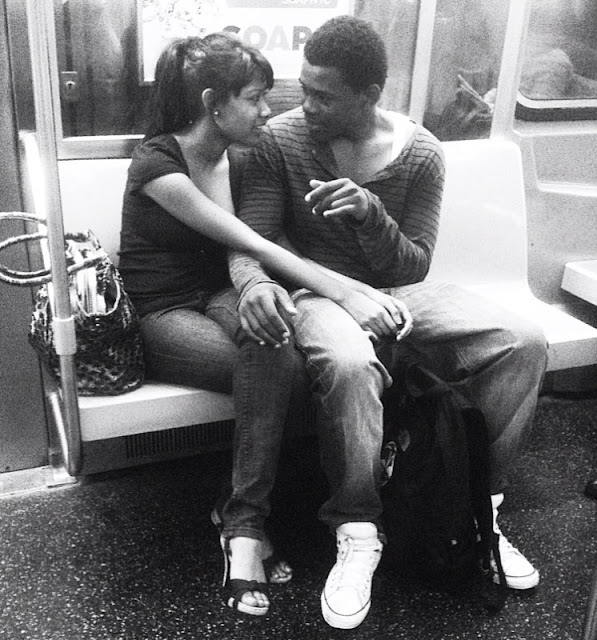 {this one came out a little noisy.  taken with vint bw and processed a bit with ps express} 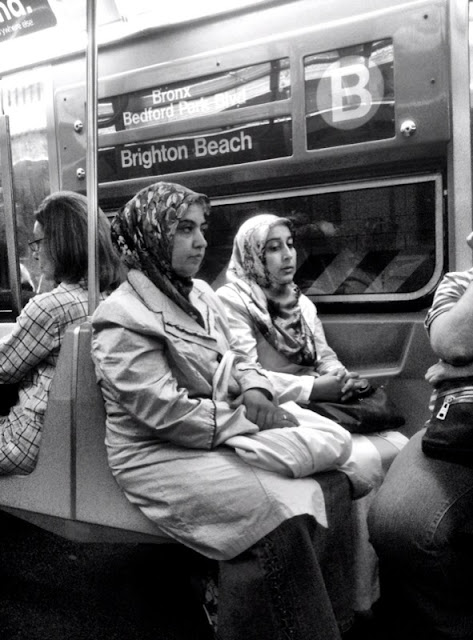 {taken and processed with camera +}
I've been denying the instagram bug for a while now, but it may just have taken hold recently.  Are you on instagram?  If so, let's hook up, I am urbanmuser.
With all these iPhone photos, I must be linking up to Anika's phoneography page today.  Yay!

Hey girl! Love the couple snuggling on the B.

instagram... wait a minute little lady, i just started with infinicam- one thing at a time here! love the lady sleeping under the retirement shot... fun

Great group of shots. I wish I had more nerve to take candid shots of people in the streets. I love your photography.

These are wonderful! I'm with Laura, I just can't seem to get the nerve to take shots like these.

I keep wondering about Instagram...is it worth another thing to keep up with? I've only heard good things so far.

Love the irony you get in the sign/subway shots...you are in the right moment at the right time! Cello woman is zenning out! That couple is so sweet, nice moment there. LOVE these!!

Awesome captures - love the contrasts of the ads and the commuters.

I am following you! I love, love, LOVE Instagram. And you photos are great, it has inspired me to do some people watching and snapping. Hope your having a good week x

These are simply amazing, U.M. -
your work never disappoints, but there's just something about your subway shots... the feel so 'honest'... I just love 'em all...

I especially love the photo of the couple. The girl looks so sweet. I always enjoy your posts!

What great shots - I laughed out load at the second one.

Love instagram! I knew you would do great with it. xo Tam

Love these shots from the subway. The woman picturing a desire for retirement is perfect. No iphone-saving $$...but the more I see the more I want.

I love your subway shots, they are all so great in their own way.

These really are terrific, such grit, such NYC shots.

This is a great set. I really love the cuddly couple. You are really getting good at this!