iphoneography and my first ever giveaway!

If you've been here before, you know I loves me some iphoneography. I've blogged here and at Mortal Muses about some of my fave places on the web for sharing mobile photos, and one of them is Eye'Em. Eye'Em has a live stream of photos from around the world and a cool blog.  Every Sunday they have a feature called "The Week In Eye'Em" and this week a photo from yours truly was chosen as part of the collection.  Coincidentally, I just posted that same photo here on my blog over the weekend, but here it is again in case you missed it. 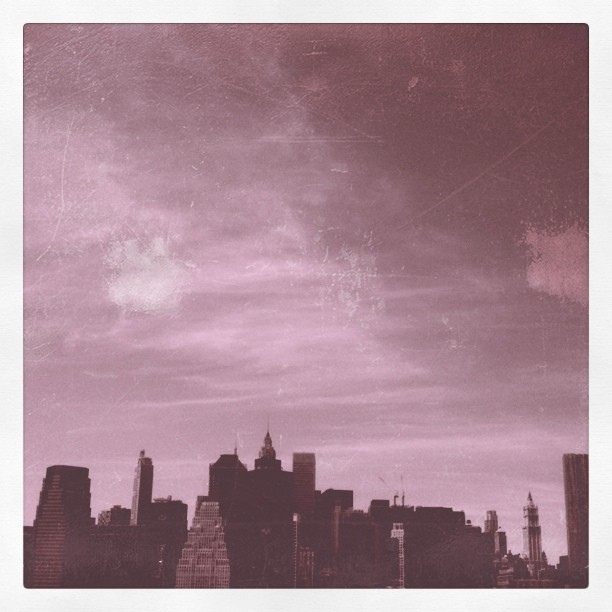 {taken with "vint bw"; processed with "instagram"}
In celebration of this, I think it's time to do a giveaway that I have been meaning to do since April. It was postponed when all the madness happened with Willow's illness and surgery.  (She is doing well by the way, and thanks to everyone who is still asking about her in emails and comments.  You are all so sweet...wow, you really do deserve a giveaway!) {taken and processed with "instagram"}
Anyway, in early April I purchased two copies of The Art of iPhoneography by Stephanie Roberts with the intention of giving one away here on the blog.  Then last month I randomly won a third copy over at Shutter Sisters in a giveaway I didn't even realize I was in!  I ended up donating the copy that I won to a cool non-profit that Stephanie recently started called Lens On Life, which teaches photography to children in schools around the world. You should check it out if you have a chance--there are lots of ways to get involved.

{taken with plain old iPhone}
OK, so here's the skinny.  Leave a comment on this post before Friday, June 10th at 8pm EST to be entered into a random drawing to win a copy of The Art of iPhoneography.  It's a great book filled with tips and inspiration to take your mobile photography to the next level.
Now, I don't want to force anyone to follow me for an additional chance, but, I am trying to get my little tweety feet wet as a newbie over at Twitter, so if you want a second chance to win you can follow me on Twitter and/or tweet about this giveaway for ONE additional chance to win.   So you don't have to follow, you can just tweet it, or follow me at Twitter, or tweet it and follow me at Twitter all for one more entry--just be sure to come back here and leave a second comment saying you did so.
Wow, I read that several times and it makes sense to me...hope it does to you too :)  To summarize:
I'll announce the winner back here on Saturday, June 11th.  Good Luck! I love that flower shot....skyline is great too. Glad Willow is doing better. I've been wondering.
No iphone yet; I'll just save money and admire from a distance.

Congrats on being chosen and that's great news on Willow! I would love to win this book for my daughter, she has an iPhone.

Loving th iphone! ANd that shot is very worthy of being included. Its gold x

What a great giveaway :) xoxo

I am following you on twitter, I don't use it much but I should :)

Glad to hear Willow is doing better. I love Instagram!

I'm following you on twitter. I haven't used it in a while but should get back to it.

Very beautiful flower. I read your entry so I wanne ask you to share us on PicStory with the topic *I love it*. If you like...
LG Tina

I love the look that you capture with your iphone and processing! The first capture looks like it was pulled out of a vintage archive and the second, wow - the color is amazing! Such variety. No iphone for me yet, but I'm dreaming :)

I too love the photos you capture with your iphone! That flower is stunning!

Oh how awesome - I don't have an iphone but I know I'd be inspired by that book.

I don't have an iPhone, so I won't be entering in your generous giveaway -- but just wanted to let you know I love your photos and your creativity. :) Have an awesome day!

I like your blog and your photo's! great job!

Holy Cow! I need to get off the porch more. You have a new blog design! I LOVE it! It's so you.
And I would so love to win that book. Congrats on your iphone feature. (I'm not surprised you rock the phone)

You are my iphone inspiration! (And I don't have one, so feel free to give the book to someone who really deserves it)

I'll excuse myself, U.M. (as I don't have an iPhone :( so someone who does is much more deserving of what sounds like an awesome prize)...
I still plan on stopping by to comment, though, because I can't get enough of your amazing photos! :)

Yay! Such a great giveaway!! You are an inspiration.

Congrats Christy!! And thanks for the chance to win...sounds like a great book!

Congratulation Christy! I loved this photo when I saw it here over the weekend. Truly well-deserved!

I am so glad to hear that Willow is doing well. I knowhow much of a relief that is.

Thank you for sharing this today at The Creative Exchange, and for the chance to win the book.

Have a wonderful day!

Yay! I would love a copy of that book!

I love the look of photos taken with the iphone - there seems to be such a variety of apps. Your photos are lovely!

You do wonders with your iphone -- i love your flower pic. So sweet of you to share!

I would love to be entered for this! I have a couple of cool apps on the iphone but haven't done much with them. i basically just sit around and be jealous of ht eiphone 4 cameras!

p.s. that skyline photo is incredible im pinning it! and i follow you on twitter now, yay!

I have really enjoyed catching up here with all your gorgeous iphone pics...you are an inspiration here and at Instagram...which I am totally addicted to. I am afraid to start with Twitter as I already spend way too much time with my electronic toys.:)

I would love to win a book by Stephanie Roberts...I am sure it is great!

Add me to the giveaway! thanks

I am now following youron Twitter and tweeted about your giveaway. Can't wait to read the art of Iphoneography!

Been wanting to buy book but my local bookstore never has it in stock. Not sure if they only get a few at a time and sell out or what, but thank you for the opportunity to win!

So appreciate you sharing your goodness, Lens on Life, and my book with your fabulous readers.

And don't worry if you don't have an iPhone or an iTouch, about half of the book content is conceptual with creative thought starters intended to inspire shooters of any camera.

Oh how awesome - If you know my blog yoou know how I'd be inspired by that book. XO

I am so happy to know that Willow is doing well!!!
such beautiful shots!!!
I love the processing in the first one and how it seems to have been printed on paper which has been folded and re-folded in time thus causing the erasing of a bit of colour. and I do love the fabulous colours of the second one.
and thank you so much for the chance to participate in the giveaway!

YAY! I love a giveaway :). Keeping my fingers crossed!

Fabulous images I love this!! So good to find you!!

Come and enter my amazing Giveaway from Tracy Porter!

I love love love city scapes. Especially my home San Francisco. I would love to win this book. But more than that, I just want to see more of your photography.

I love how you have dwarfed NYC by framing it this way with such a huge expanse of sky above.

So refreshing and lovely to find other's who enjoy the iPhone as well!!! I consider it my *camera* and why not? It's blown me away with it's capabilities. I'm in love with it. AND your blog! WOW!~ I <3 NY. xoxox
www.gilliandasilva.com

Hi! I just found your blog, so I feel a little bad entering for the giveaway since I am not a long time devoted reader (but since I found your blog, I have been back every day!). Through Stephanie at Shutter Sisters I have been inspired over the last few weeks, and am now a total iphone convert, and I love it! Plus it is soooo much easier to carry than my DSLR!

Anyway, I used to live in NYC, and I miss it a lot. I have really enjoyed looking through the pictures on your blog of my favorite city. Thanks for sharing them with us.

And now I am following you on twitter! Thanks for the chance to win such a cool book!

i love to see the amazing work being done by all you iphoneographers. maybe if i had the book i'd find it in my budget to purchase an iphone....!

love love LOVE the first one!! Am featuring it in my FAVES post for last week's photo challenge :)