There was some excitement at the NY Giants game the other day but none of it was on the field.  My team got crushed by the Dallas Cowboys...I can't even talk about it.

The highlights came from the sky for me that day.  There were fun clouds while we were in the parking lot tailgating before the game. 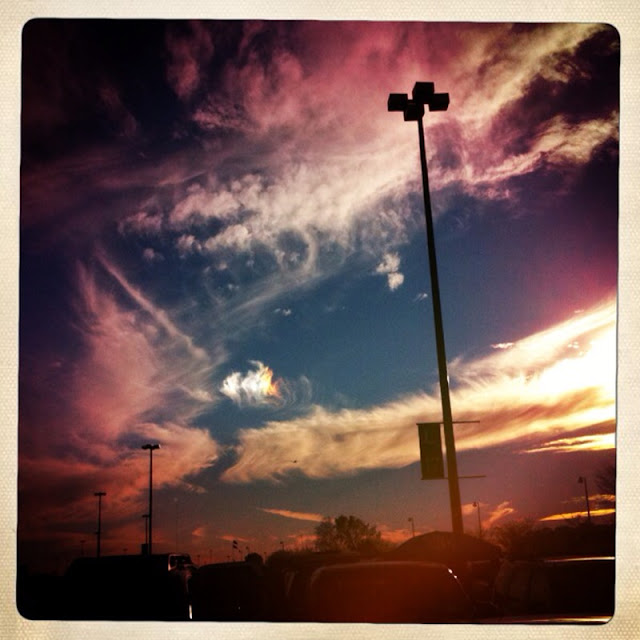 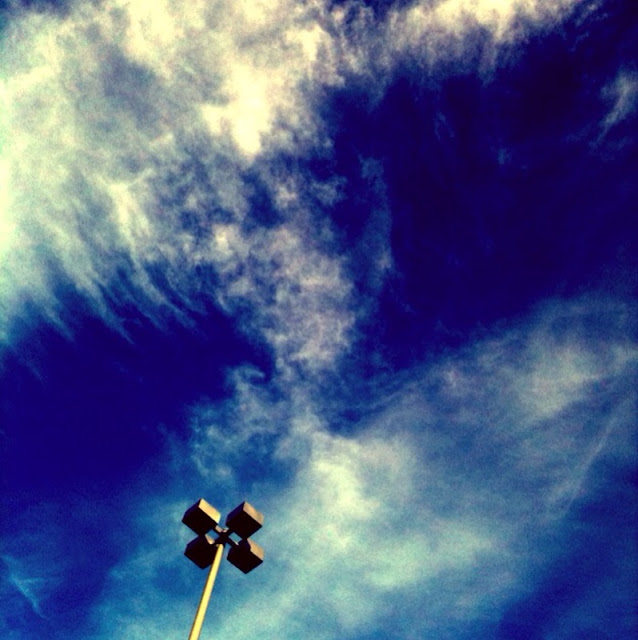 And we got a cool sunset over the stadium during the game. 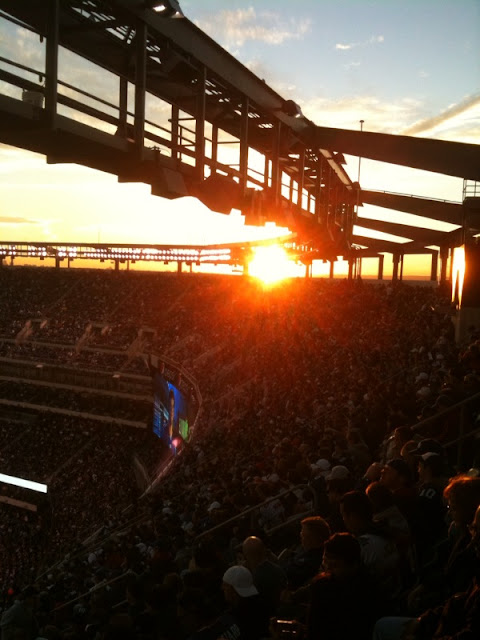 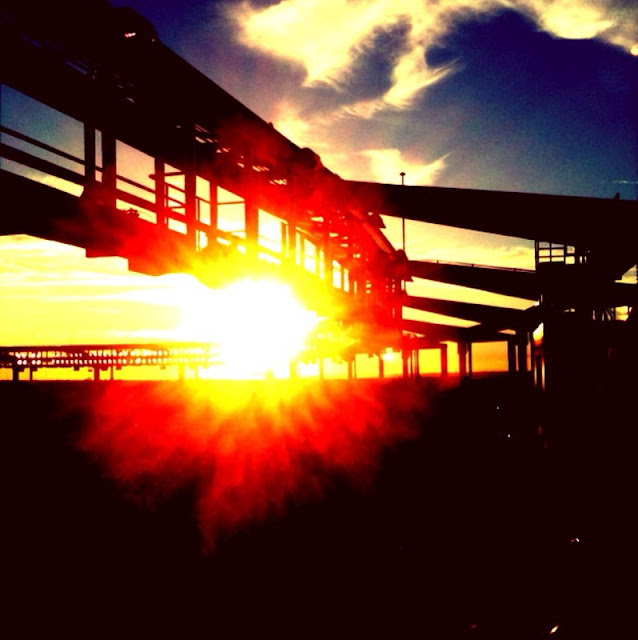 And then during the 3rd quarter there was a blackout.  At first the lights just flickered a bit, but then there was a complete power outage that put us in total darkness.  It only lasted less than a minute before some backup lighting came on, and then about 10 more minutes until they resumed play.  It was a little unsettling, but surprisingly, the over 80,000 people in the stadium behaved themselves.  I am grateful that no one decided to do anything stupid.  You know, it's dark, many beers have been drunk, the home team is losing....it could have gotten ugly.  Now if only my football team could start playing as well as this crowd behaved. We'll see next week.


Linking up today with Pasando!

WOW! All the colors are so vibrant. That last photo is really quite spectacular. Was that dramatic light because of that blackout??

Anika,
The blackout happened much later after the sunset. The vibrant colors in my photo are thanks to the iPhone app...Format126.

Urban, take heart. My beloved New Orleans Saints were beaten to a snot a few weeks ago by CLEVELAND. Humiliating. At least you got some great shots in. And.... as you said, we can be grateful 80,000 people behaved themselves!

Well, if the team is not going to come through, at least, there is the sun!

Beautiful pics. I especially love the sun coming through the top tiers of the stadium.

I would be scared in a blackout with that many people. I once was in a blackout while I was in Target and that made me pretty nervous. I'm glad it all turned out ok.

I heard about that blackout when watching the Patriot's pregame show...What fantastic sky shots you got under all this duress!

Those skies are incredible.

Wow! You always turn me onto the best apps! Thanks again ;)

So glad they got the lights on quickly!

Your photos are stunning

I love that there was no craziness during the blackout. See, that leads me to believe there is more good inside people than bad! : ) I love the fun things you do with your I phone. Love. Love. Love.

Hi. I love your blog. Your pics are amazing. The skies do take a shape of their own don't they?

I loooove the sun in those. hope you are having a good wed. :)

Great photos! I have spent many cold days at Giants Stadium. Now I'm down here where we sweat to death watching the Tar Heels!

I looooove these shots! Gorgeous. Sorry about the game, but I'm a Cowboys fan. ; )

The first two are my favs, love the colors!