We made our own Indian food from scratch several times this summer.  I posted a recipe here a while back.  Last week, the Hub insisted that we make our own naan as well.  I'm not talking about buying the ready-made stuff at the grocery store that you heat up.  I mean actual, made from flour and stuff, in your own kitchen, with your own two hands, naan.  Naan that was made with the ghee that you also made yourself.

I was skeptical at first because we were already making two different entrees (meat for him, veggie for me) and spiced basmati rice.  Our kitchen is not that big.  I wanted no part of this dough making mayhem but he insisted.  And since he is the one who makes all other things doughy around here (pizza, pasta, etc.) I decided to stop resisting and let him do his thing.  It was SO GOOD that I can't believe that I actually tried to stop him. 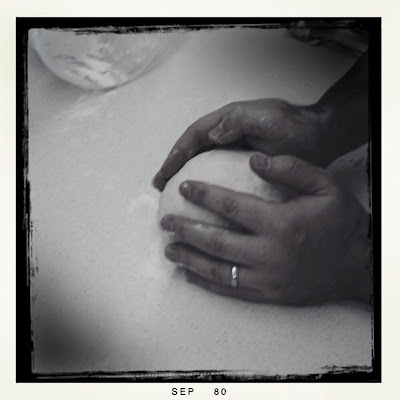 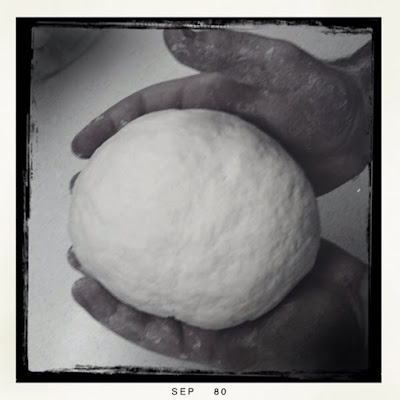 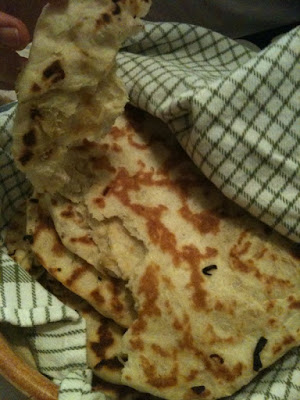 When he said he wanted to make naan again  last night I did not resist.  The first time it was garlic, this time he put in caramelized onions.  mmmmmmmm.  We also made curried clams and a side dish of sautéed chayote (it's sort of like squash). 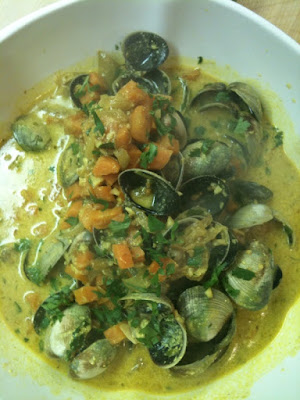 If you have never seen one before, a whole chayote looks like a little naked butt, especially after it is peeled.  Not the best photo, but here it is. 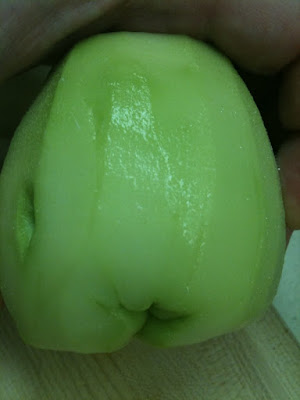 All in all a great meal. Definitely within my definition of exotic comfort food.  What could be more comforting than dough made lovingly by your husband's hands dipped in a spicy, curry clam broth on a cool late summer evening?
Get comfortable with The Sunday Creative over at Life Set To Words.

That looks and sounds yummy.

Oh, my goodness! Gorgeous and yummy - all in one!!! I can just imagine sticking my face in that steam and taking a huge sniff - mmmmmmmm!

I am impressed. What a great accomplishment and it sounds and looks wonderful.

We had an Indian feast at a friend's apartment in Brooklyn a few months ago and it was amazing. So much better than restaurant Indian food.

oooh i love chayote and indian food can be really good if made well. that's awesome!

I love this for the theme, and now I'm craving Indian food (and after 2 years living there, that is something I never thought I'd say again)

I couldn't agree more... Love Indian food! I will have to try your recipe soon!

wow, wish I could cook like this, wonderful shots and I can almost taste it

oh i started making my own naan a while back, and it is so good, i dont know why i never made them before :) not a fan of chayote though.

Naan recipe? Please? The BF is half Indian and we make all sorts of Indian food, but I don't have a good recipe for naan.

ALL of it looks amazing!

My mouth is watering! I wish I loved to cook like you obviously do ... I love to eat but I don't enjoy the cooking part.
I'm here from BlogFrog.

Please post a recipe for naan. Would love one. I have yet to make Indian food at home that I love, but I want to keep trying. Love your photos!