The Fire In My Eyes

I hope everyone had a nice 4th of July...even if you don't live in the States, I still hope you had a nice day!  My Hub and I do not ordinarily get too excited for fireworks.  We usually hole up in our apartment to avoid the throngs of people who flood into the city (sort of like we do on New Year's Eve).  However, this year we decided to go out to watch the light show...and where better to watch the tremendous NYC fireworks display, but from our friend's apartment in New Jersey.

We all went up on the roof of their apartment building, which is a couple of miles directly across from the Empire State Building atop "The Palisades" which are steep cliffs that rise up from the west side of the Hudson River.  We could see all 6 displays that were stationed along the river.  Even I, the skeptic, thought it was amazing.  I didn't have a tripod so the photos aren't the best, but here is a glimpse. The water you see reflecting the fireworks is a small reservoir that is across the street from my friend's building--it just added to the magical view. 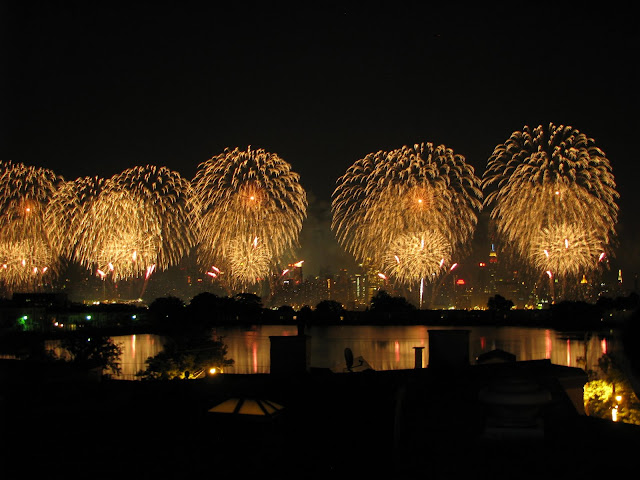 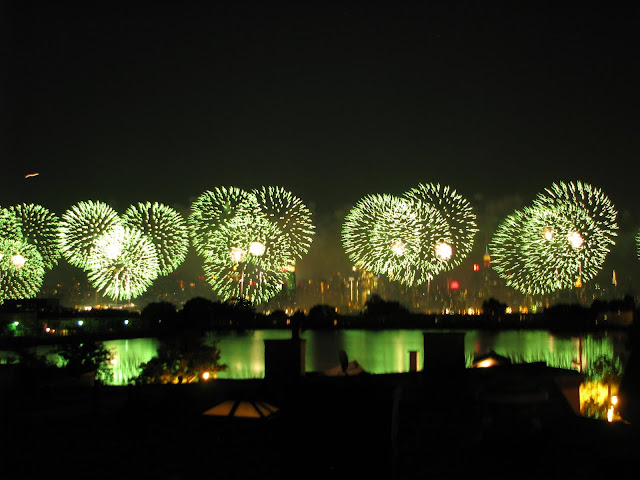 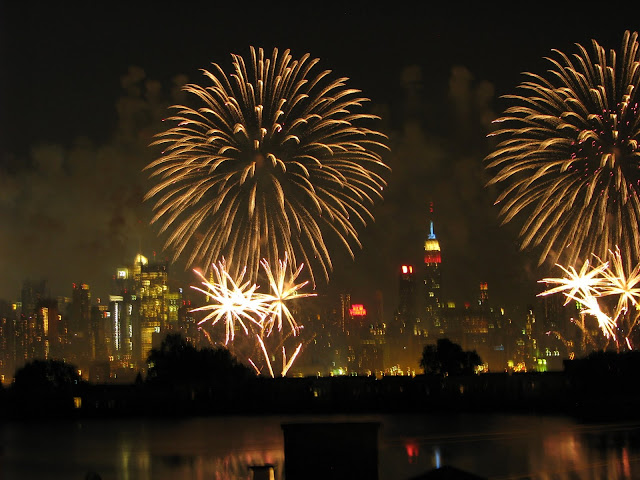 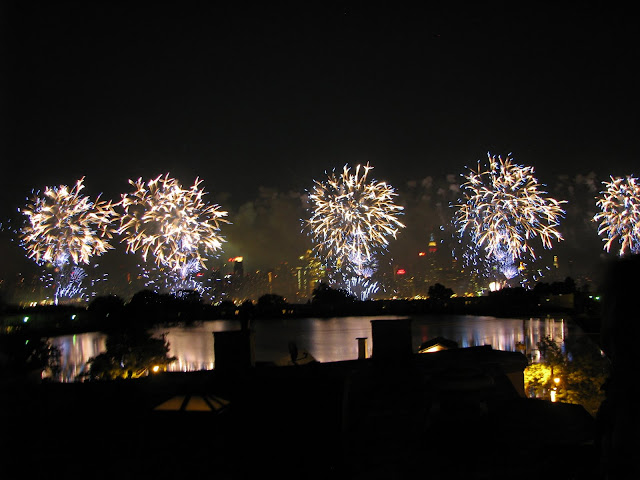 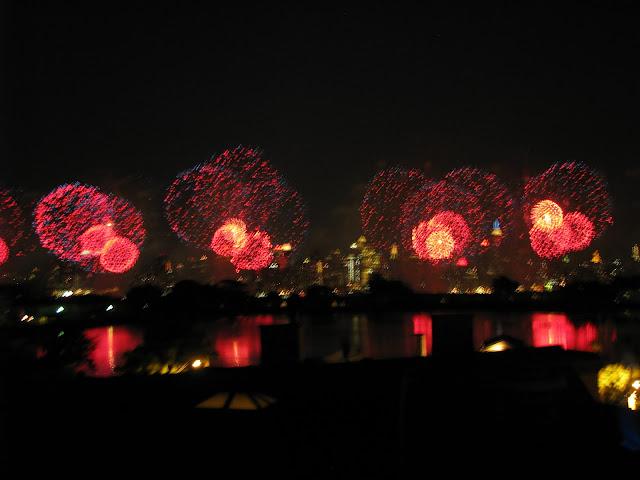 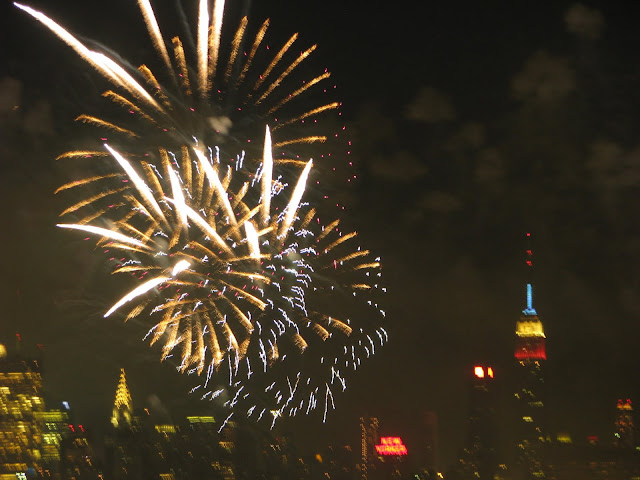 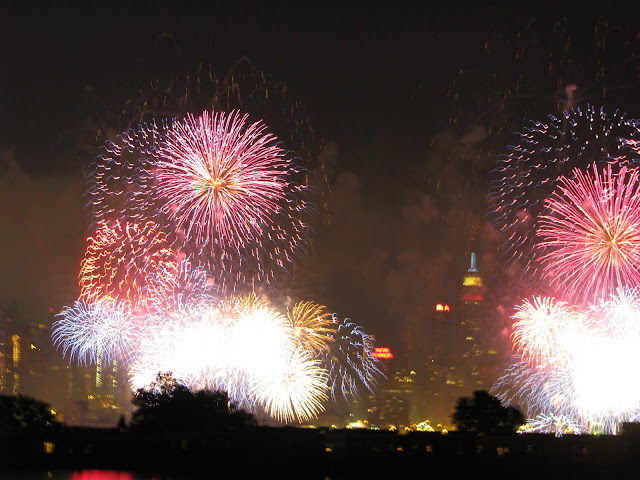 Wow, so cool! That makes the "big" fireworks in St.Louis look not so big anymore. :)

That's amazing! Thanks for the pictures. We didn't get to see anything because we were in the ER with our daughter up at 68th & York.

I missed all the fireworks this year (went hiking) so seeing your photos today was almost like being there.

Looks incredible!!!! We were up in Maine, and saw fireworks on the beach, which was lovely - but not nearly as breathtaking as your photos!

Those photos are wonderful! I love them!

wow, what a tremendous view of the celebration! that is just terrific. we are having a cold streak here in la, fireworks aren't as fun when your cold...

oh my word, these shots are seriously amazing :) great work, and looks like you had wonderful 4th!

Awesome fireworks shots! You were definitely much closer than I was. :)

I think your photos are great! I love how fireworks look but the noise freaks me out so I never go to displays :)

Wow! Those shots are awesome! I tried like mad to capture some of the fireworks but I couldn't get any good shots. You got amazing ones!